As Sandeep Reddy Vanga’s ‘Kabir Singh’ clocks in 2 years, the lead actress of the movie, Kiara Advani who plays the role of the docile, Preeti takes to Instagram to share her memories of the film.

She took to her Instagram story to share the iconic poster of the film and captioned it, “”June will always be the most special month for me! To the film that changed our lives forever. Major Missing! #2YearsofKabirSingh.” 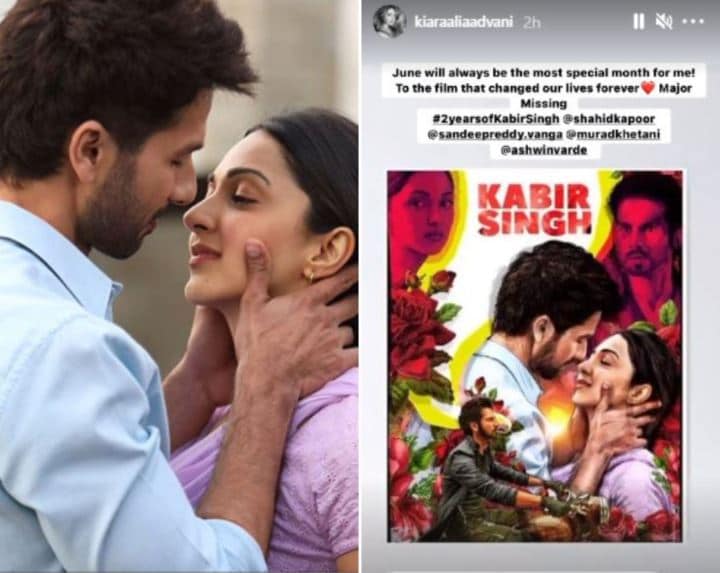 Kabir Singh was the remake of a popular Telugu film, ‘Arjun Reddy’ that starred Vijay Deverakonda and Shalini Pandey.. The Bollywood remake of the film, featured Shahid Kapoor and Kiara Advani in lead roles. Kabir Singh crossed the ₹100 crore mark at the box office.

However, a section of society believes the film to be endorsing toxic masculinity and misogyny. Critics alos condemned the role of Shahid Kapoor in the movie, saying it glorified violence, assault and substance abuse.

Kiara’s biggest blockbuster film till date is Kabir Singh, which signifies why it is a film that will always be close to her heart.

On the work front, Kiara is gearing up for her roles in Bhool Bhulaiyaa 2, Jug Jugg Jeeyo and Shashank Khaitan’s untitled next. Her upcoming movie, Shershaah releases this year.

Glimpse of Kriti Sanon-Varun Dhawan’s film ‘Bhediya’: “Just Wolfing around on an ad…

Biopic on Kapil Sharma: Fukrey director is all set for his next film titled…

Six Bayern Munich players return to training after self…