Malti Marie has been the subject of frequent Instagram posts from Priyanka. Priyanka recently provided fans with a sneak peek at her weekend with Malti Marie. In the image, Priyanka is seen holding her baby while taking a picture and giving her an embrace.

Malti Marie Chopra Jonas, the actress Priyanka Chopra’s daughter, has been shown to admirers. On Tuesday, Priyanka shared an unreleased picture from her time playing with Malti Marie on her Instagram Account. Priyanka did not, however, reveal her daughter’s face. Priyanka and her musician husband Nick Jonas have not yet made Malti Marie’s face public.

In the image, Priyanka was seated on a couch, leaning back, and lifting Malti Marie. Priyanka smiled while nursing her baby. The mother and daughter were photographed as they were enjoying time outside. Priyanka donned a white outfit in the image. She covered Malti’s face with a white love emoji while adding the words “My whole (red heart emoji)”. 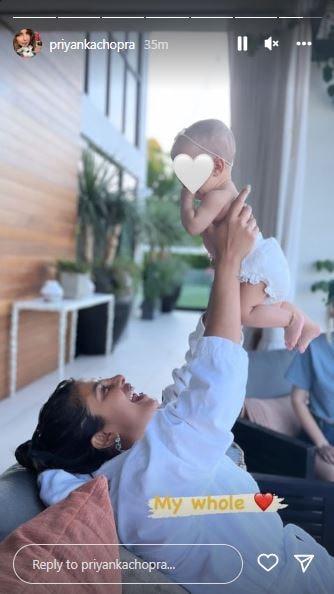 In December 2018, Priyanka and Nick exchanged vows in the Umaid Bhawan Palace in Jodhpur during Christian and Hindu ceremonies. The couple later had two receptions in Mumbai and Delhi. The two revealed in January 2022 that they had adopted daughter Malti Marie through surrogacy.

Morbius 2: Check out potential release date, cast and every…

I think the perception of our team has changed a lot –…

After Elon Musk takes over Twitter, many users switched to…