Neetu Kapoor, Riddhima Kapoor, and Armaan Jain pay tribute to the legendary late actor Rajiv Kapoor on the occasion of his birth anniversary

On the occasion of the deceased Rajiv Kapoor’s birth anniversary, members of the Kapoor family flocked to social media to pay homage to him. Rajiv Kapoor, Raj Kapoor’s youngest child, died of a heart attack in February of last year. To commemorate his birth anniversary on Thursday, Neetu Kapoor and Riddhima Kapoor Sahani, among others, posted previously unseen photos of the late actor.

Neetu Kapoor used her Instagram Stories to pay tribute to her late brother-in-law. Rajiv Kapoor was the younger brother of Neetu’s late husband, Rishi Kapoor. Neetu precisely penned, “In remembrance Rajiv Kapoor,” beside an unseen photo of him with his siblings, adding a hands-folded and a heart emoji.

The photograph showed all five of Raj Kapoor’s children posing together: Randhir Kapoor, Rishi Kapoor, Rajiv Kapoor, Reema Jain, and Ritu Nanda. The snapshot looked to be from a Raksha Bandhan party, since all three brothers had tikas on their brows and Randhir wore a rakhi around his wrist. 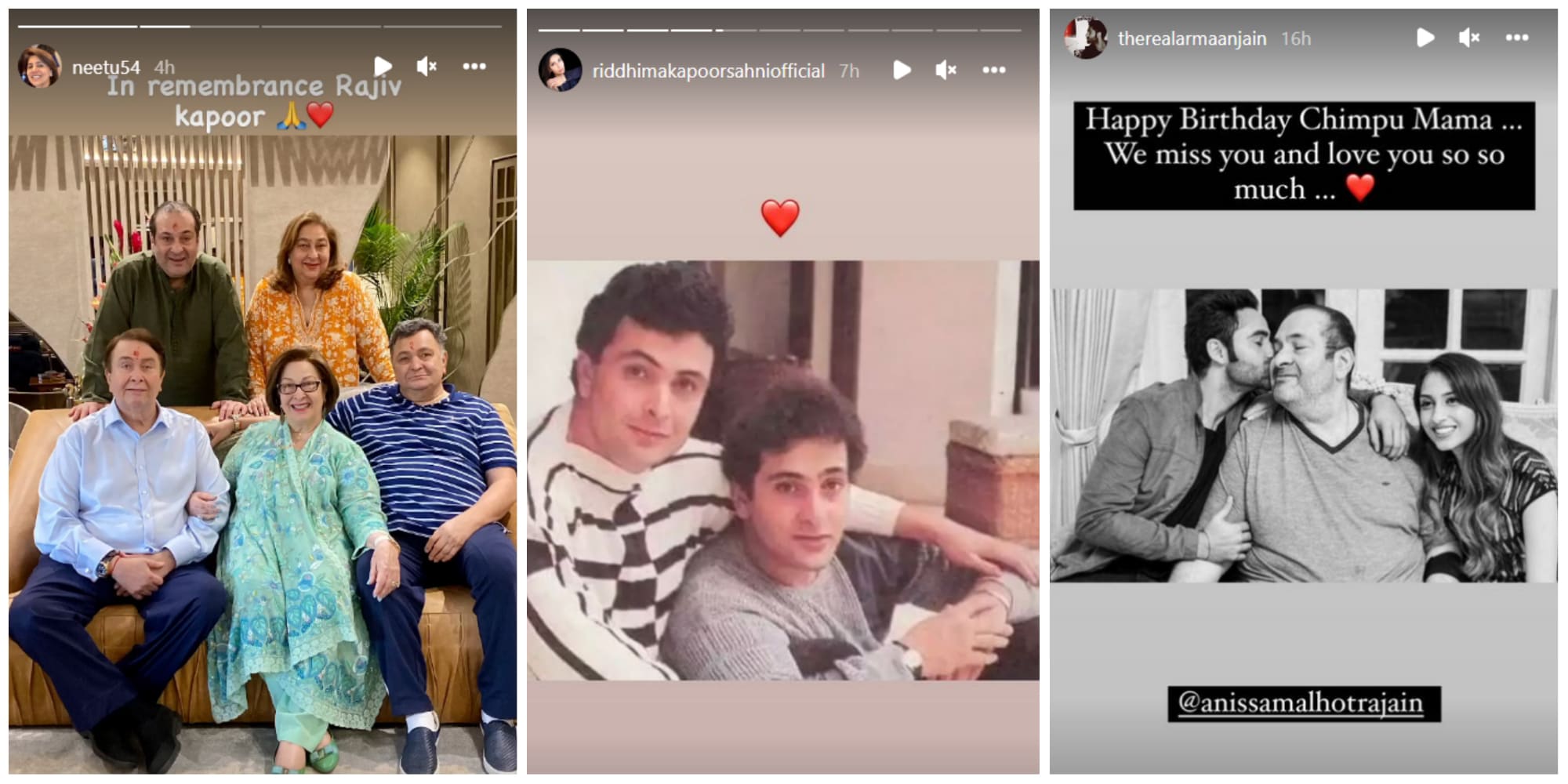 Riddhima Kapoor Sahani, Neetu’s daughter, also paid tribute to her uncle by posting a throwback photo of Rishi and Rajiv on her Instagram Stories. Armaan Jain, Reema Jain’s son, also posted a photo of himself and his wife Anita Shroff Adjania posing with Rajiv. It was captioned by the actor, “Chimpu Mama, happy birthday. We love and miss you so much…”

Adani gets the Dharavi Redevelopment Project for Rs 5,069…

OnePlus 9 5G available at an effective price, check out…

Bigg Boss 16: ShaLina and PriyAnkit fans seem to give a…