WhatsApp is working on a new feature “Flash Calls” that will verify user log-in on WhatsApp via an automated verification call instead of the six-digit verification code. The new feature, the report said, will let users log in to their WhatsApp account quickly and safely. 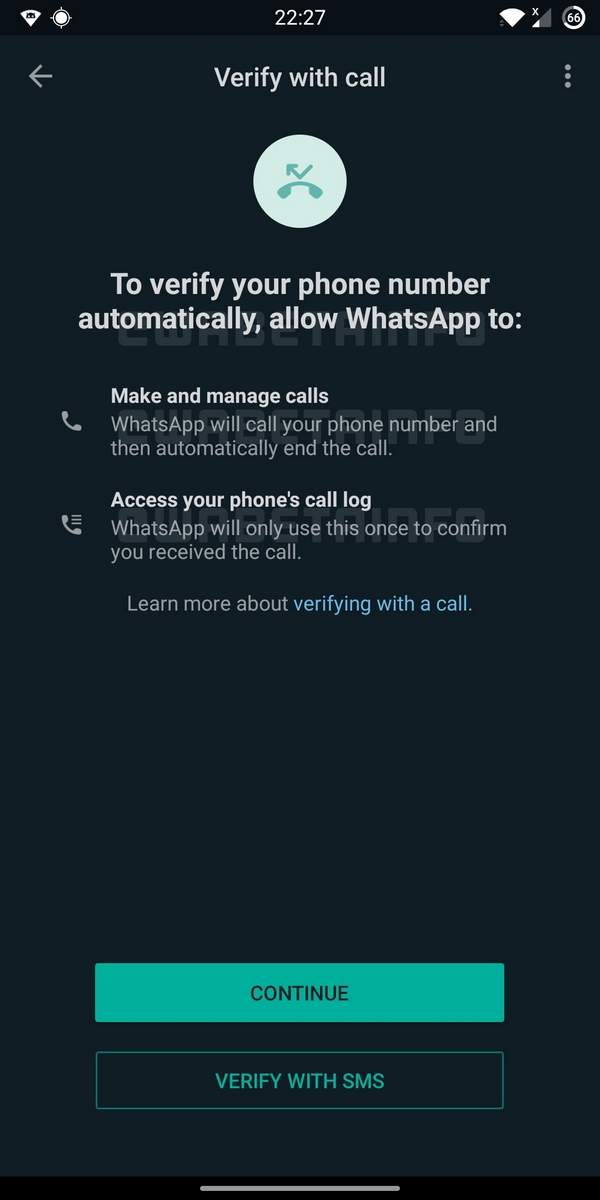 Facebook-owned WhatsApp is working on the new feature in the WhatsApp beta for the Android 2.21.11.7 update, the news agency said citing other reports. This feature, currently under development, will be available in a future update.

However, the ‘flash calls’ feature will not be implemented on WhatsApp for iOS as Apple does not offer any public API to read the call history. This will act as an alternative to the regular six-digit code that is sent to users on their phone for verification. Once the update is fully in, WhatsApp will call the user’s phone number and then automatically end the call.

According to the report, the last phone number in the phone’s log is equal to the number that gives the six-digit code, helping WhatsApp verify the user’s identity. Given that this phone number is always unique, hackers will not be able to track users. WhatsApp, the report said, will need the user’s permission to manage calls and access to his/her phone’s call log to enable the feature. The ‘flash call’ feature is optional so users can continue logging into the messaging app via the six-digit code received via SMS or call.

WhatsApp will not use user call history for any other purposes and will only check the last entry, i.e. WhatsApp’s automatic call, from the user’s call history, the report said.

Govindraj Muttepawar is 2nd year BBA student from NMIMS, Mumbai. He is specializing in entrepreneurship and family business management. Govindraj is currently working as a Business journalist at BusinessUpturn.com and and can be reached at [email protected]

Karan Mehra arrested after his wife Nisha Rawal lodges a…

Manoj Bajpayee reminisces about his old days with actor Shah…

Anupam Kher completes 37 years in the film industry, gets…

West Bengal govt to not release Chief Secretary for Central…

“Google to comply with India’s IT rules”,…

As Jitin Prasada exits, Sachin Pilot reminds Congress of its…

This website uses cookies to improve your experience. We'll assume you're ok with this, but you can opt-out if you wish. Accept Read More