Gauahar Khan makes a jibe at last night’s parent teacher meeting and Sumbul Touqeer’s dad for getting too involved and ruining his daughter’s game. 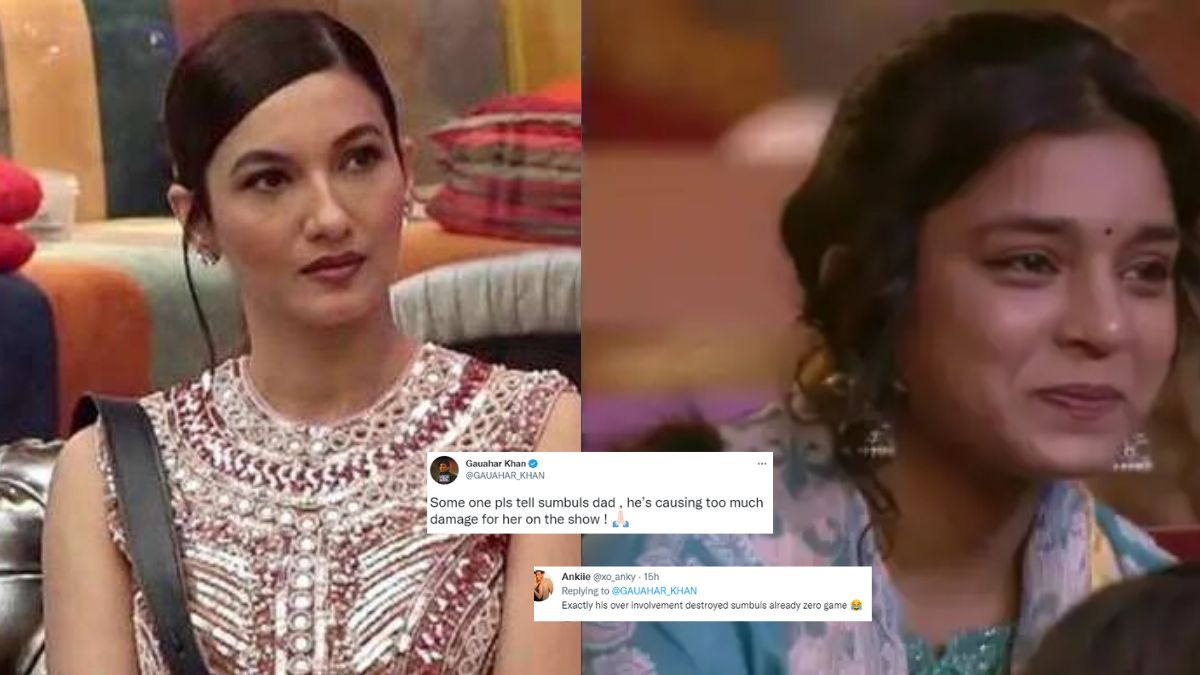 After being revealed in the show to be obsessed with Shalin Bhanot, Sumbul Touqeer has received a lot of support from her friends and family. However, Fahmaan Khan’s brief appearance changed everything and  the weekend ka vaar episode last night reignited this debate, with viewers witnessing the parents of Shalin, Sumbul, and Tina engaging in an argument. While Sumbul’s father eventually owning up for his ‘kamine’ words used for Shalin and Tina during the segment, it left a deep mark behind.

Viewers were dissatisfied with the reality show’s parent-teacher meeting and openly expressed their displeasure via their social media handles. Even a few well-known ex-contestants and TV actors who were big fans of the show didn’t like the idea of parents getting involved. Gauahar Khan, the season 7 winner of Bigg Boss, was among those celebrities. The actress took to Twitter to express her displeasure with Sumbul Touqeer’s father. She said, “Some one pls tell sumbuls dad , he’s causing too much damage for her on the show !” in her tweet.

Needless to say, Naagin actress Urvashi Dholakia as well as Salman Khan himself told Sumbul’s father to toned down and let her play her own game. Even Sumbul’s fans agree with the statement of Gauahar, one netizen wrote, “Exactly his over involvement destroyed sumbuls already zero game.”

IND vs NZ: Rahul Tripathi walks back in anger and tears as…