She posted fresh fitness videos on her Instagram Stories on Tuesday.

Kareena Kapoor posted a slew of videos on her Instagram Stories. Kareena was working out while listening to a Diljit Dosanjh song in the videos. She was performing a headstand in one video and running on a treadmill in another.

Kareena used Diljit Dosanjh’s song Born To Shine as the video’s music. She is jogging on a treadmill in one clip, doing a headstand in another, working out while sitting on a treadmill in the next, and completing a leg raise exercise in the last. Kareena also mentioned her husband’s sister Soha Ali Khan and put an inspired sticker on it, as Soha frequently posts her exercise videos. ‘And of course, best music by Diljit Dosanjh,’ Kareena said. 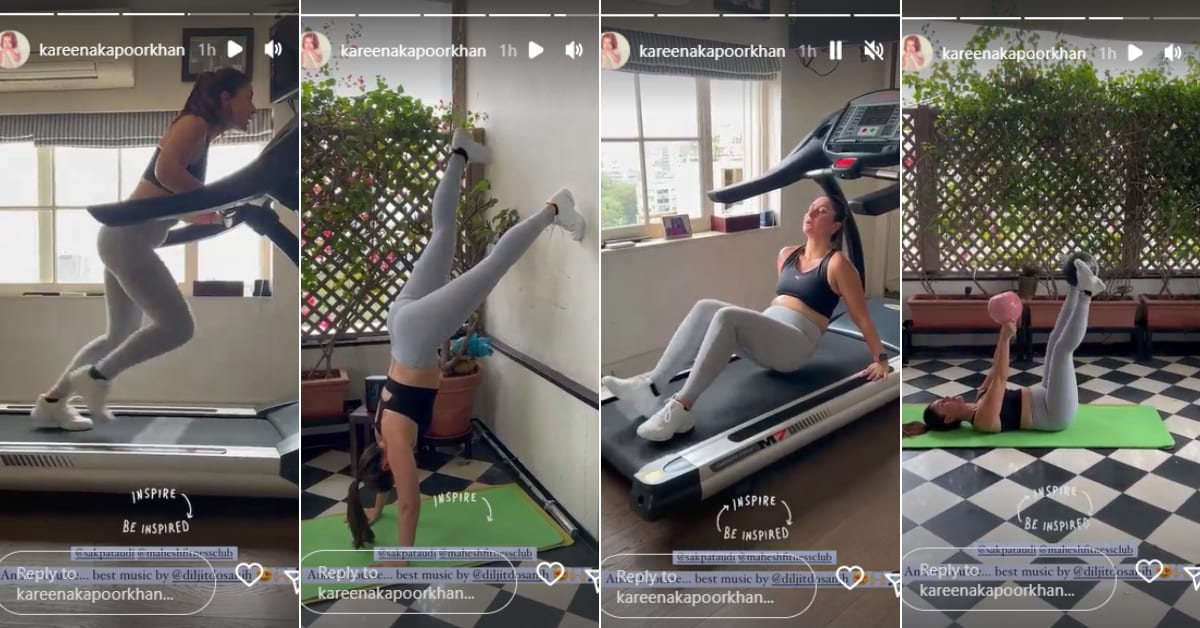 Kareena has been documenting her fitness progress on Instagram. On her Instagram Stories, the actor has frequently shared videos and photos of her gym sessions. During the sessions, she is frequently seen with her cousin Armaan Jain and his wife Anissa Malhotra. She also uses social media to publish videos and photographs of herself performing yoga.

On August 11, 2022, Kareena’s film Laal Singh Chaddha was released. She recently finished filming her next feature, which is based on the novel The Devotion of Suspect X. Kareena’s OTT debut will be with the release of the film on Netflix. Jaideep Ahlawat and Vijay Varma will also appear.

Kareena’s flick Laal Singh Chaddha was released on August 11, 2022. She just completed production on her next film, which is based on the novel The Devotion of Suspect X. Kareena’s OTT debut will be with this film, which will be released on Netflix. It will also star Jaideep Ahlawat and Vijay Varma.

Pathaan is not SRK and John Abraham’s only collaboration

IND vs SL: How Indian bowlers guided team for the series…

Is Black Panther: Wakanda Forever coming to Netflix in…

“He is just letting everybody know that batting is easy… I…

Budget 2023: No zero hour, question hour in Parliament on…