The Pakistan Cricket Board (PCB) were recently trolled on Twitter after they misspelt ‘Pakistan’ in a tweet ahead of the team’s departure for England.

The Pakistan cricket team has arrived in England for the forthcoming Test series scheduled to commence on August 5. Ahead of their departure on June 28 from the Allama Iqbal International Airport, the Pakistan Cricket Board (PCB) took to Twitter and announced the same. However, the cricket board misspelt ‘Pakistan’ by writing ‘Pakiatan’ instead, thus opening the gates for much mockery by fans and followers across social media platforms. 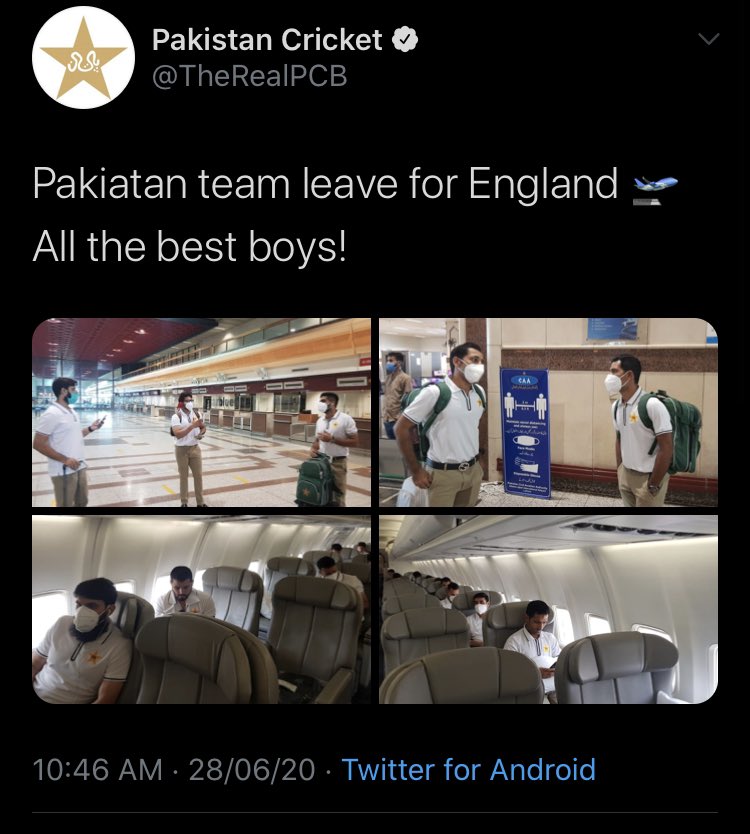 On June 28, the PCB tweeted about Pakistan team’s departure for England by writing “Pakiatan team leave for England…All the best boys!”. While the mistake was later corrected, it took PCB more than an hour to do so.

The Pakistan cricket team and board have often been made fun for their poor communication skills in English. Recently, Shoaib Akhtar urged Babar Azam to get better at it for being Pakistan’s white-ball captain. Although current Pakistan Prime Minister and the 1992 World Cup winning captain Imran Khan was an exceptional case due to studying at Oxford University in England, many others such as Inzamam-ul-Haq, Javed Miandad and Sarfaraz Ahmed’s English skills have been popularly joked about.

Here are some of the reactions :

To figure out correct spelling of Pakistan,they took 1 hour 🤣🤣 pic.twitter.com/uxogGNCQ5B

‘I didn’t expect it’: Sourav Ganguly recalls when MS Dhoni…

In other news, the reason for Pakistan’s earlier departure was mutually discussed by PCB and England and Wales Cricket Board (ECB) so as to allow the players to undergo a quarantine phase. Around 20 Pakistani cricketers and 11 support staff members have travelled to England for the hectic tour. The 3 Test matches will be followed by a 3-match T20I series.

While Azhar Ali will be captaining Pakistan in the high-octane Test series, Pakistan’s premier batsman Babar Azam will be leading the team in the T20Is. The T20I segment of the tour will be Babar Azam’s first assignment as skipper after he was appointed as limited-overs captain of the national side by the PCB on May 13.

A computer science graduate with an avid interest in sports primarily cricket and football. My hobbies include drawing, reading and playing video games.A self learner and innovator.

Nithin and Shalini to tie the knot in July, confirms actor’s dad, says ‘we’re happy to celebrate amid pandemic!

Over 8 Lakh Indians to leave when Kuwait endorses an expat…

Infosys books chartered flights for workers within US past…