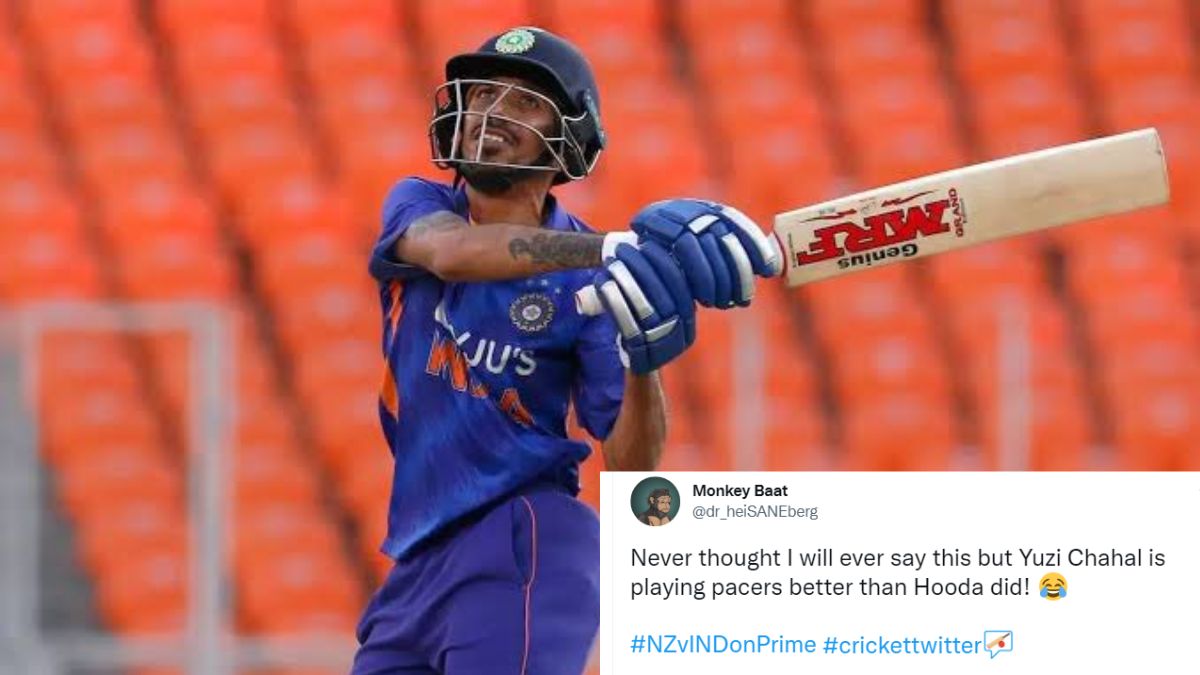 Yuzvendra Chahal managed to survive the tail-ending innings for 22 deliveries in which he scored 8 runs. India has successfully crossed the 200-run par but it seems like a low total score as the hosts might easily chase such an easy target in the series decider game.

Washington Sundar is currently batting and aiming for his half-century, managing to stand out despite the top order’s failure to convert to a good start. Sanju Samson was benched for the critical game and the all-rounder replacement for Samson failed to post a positive score.

India can reach 250 runs with Washington Sundar standing out in the middle with just a few overs left to play.

Netizens believe Chahal’s innings to be entertaining enough, especially for the Indian fans who are watching the game early morning.

Never thought I will ever say this but Yuzi Chahal is playing pacers better than Hooda did! 😂#NZvINDonPrime #crickettwitter

Well played chahal atleast you played 22 balls against the likes of Ferguson and Henry.