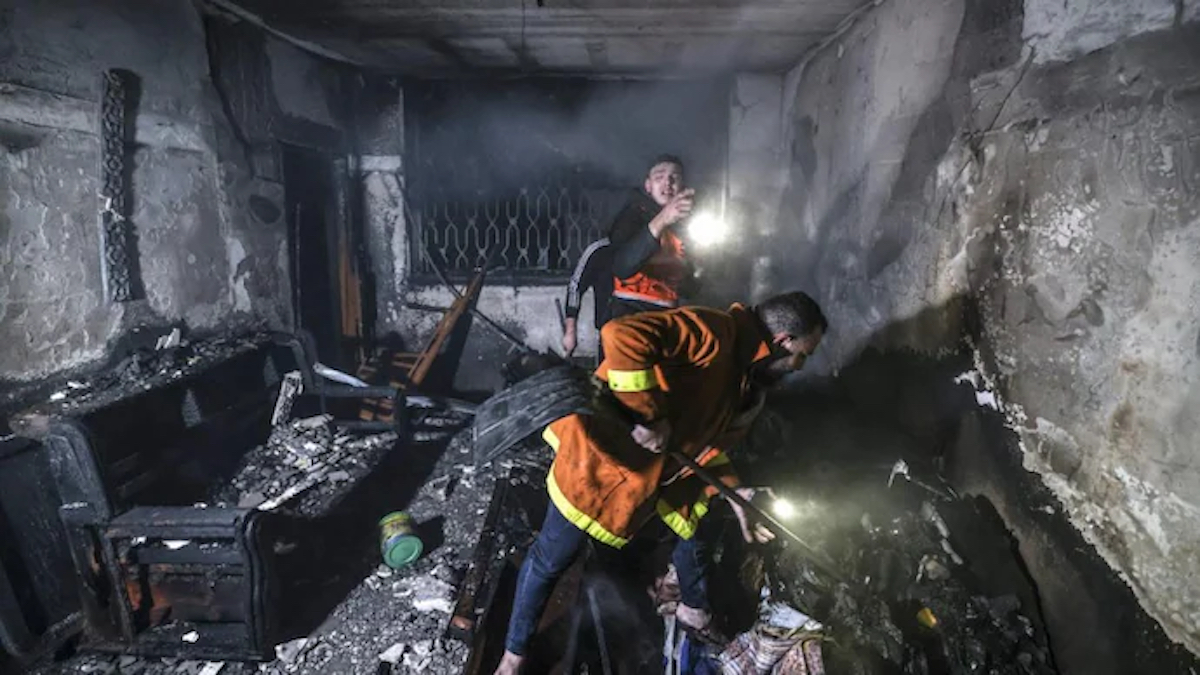 A least 21 Palestinians, including seven children, were killed and more than 30 others were injured on Thursday in a massive fire inside a residential building in the northern Gaza Strip, said security and medical sources.

Some of the injured people were in serious conditions and the death toll was expected to rise in the fire that broke out in the area of Tal-Za’tar in the Jabalia refugee camp, said Salah Abu Laila, director of the Indonesian Hospital that received the victims.

The Palestinian Civil Defense announced in a statement that it had sent rescue teams and a number of security personnel to the scene.

Preliminary investigations indicated that a large quantity of fuel stored inside the building might have led to the fire, the Ministry of Interior in Gaza said in a statement.

Local sources and eyewitnesses said that the residential building belonged to the Abu Rayah family, which was celebrating a family member’s long-awaited return from Egypt when the fire broke out.

Biden says “no” to sending fighter jets to Ukraine

Shark Tank India 2: “…the way she roasted all the…

Redmi Note 11 price drops with a 28% discount; Check out…