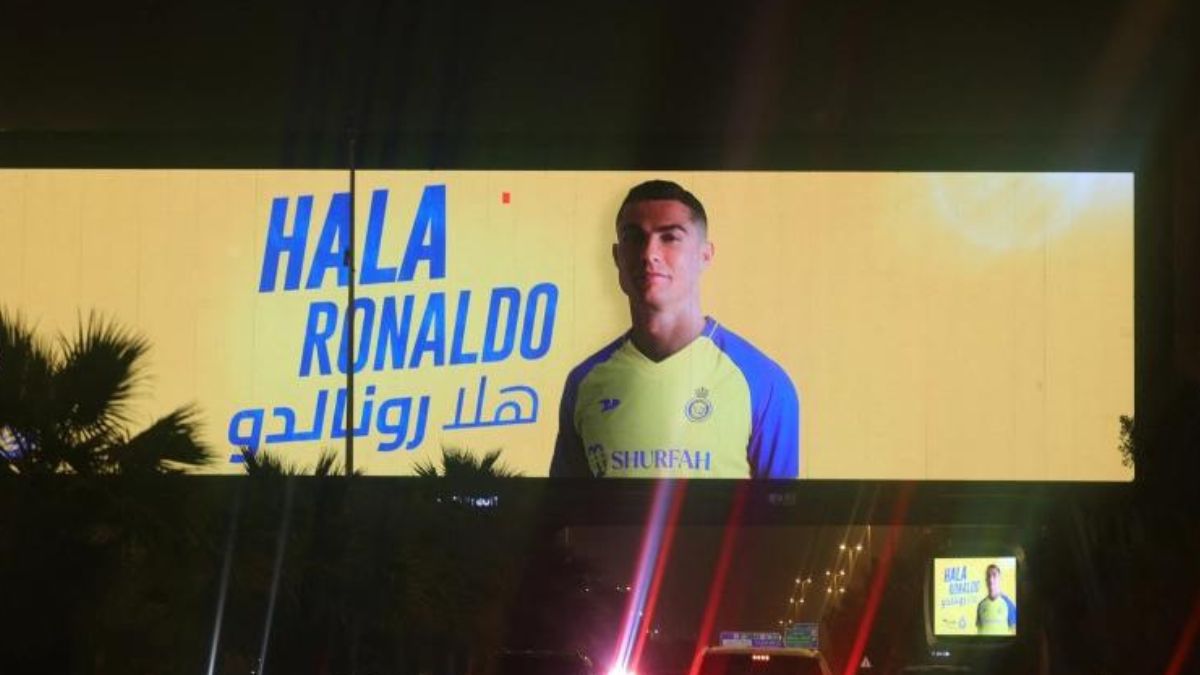 Cristiano Ronaldo is a man rarely too far away from the sports news headlines, or the thoughts of those assessing sites such as newbettingsites.co.uk.

A five-time winner of the Ballon D’or, the top-scorer in the history of Real Madrid, and the leading international goal-scorer of all time, CR7 is undoubtedly one of the greatest players to ever lace up a pair of boots.

However, age does come to us all, and in recent times Ronaldo has struggled to quite hit the heights of his unplayable pomp. Not that his 2021 return to Old Trafford didn’t start well – it certainly did – but the ending was a little more ignominious. Coming to a head in an explosive TV interview with UK journalist Piers Morgan, it soon became clear that Ronaldo’s second spell at Manchester United was coming to an end.

The question was where next for the man who had graced the footballing stages of Portugal, England, Spain, and Italy, with Sporting Lisbon, Manchester United, Real Madrid, and Juventus respectively. Potential suitors were touted from far and wide, most notably the MLS in the US but, following a period of deliberation, Ronaldo chose a different path.

Whether you believe Ronaldo to be a fading force or otherwise, what cannot be disputed is the fact that the 37-year-old remains one of the biggest Box Office draws on the planet. As such, he was always likely to secure a lucrative contract wherever he showed up next.

In the end, it was the Saudi Arabian club of Al-Nassr which was selected as the next stop on the Ronaldo road show. That the only player to score in five World Cup Finals should head to the Middle East came as a slight shock but, looking at the size of the deal, this move would have been very tough to turn down.

Reportedly receiving a €100m signing bonus, and a pure football salary of €90m per year, the full amount is expected to be close to €200m per year once commercial and sponsorship incentives are included. If accurate, this would make Ronaldo the highest-paid footballer in the history of the sport – not bad for a player supposedly past his best.

Ronaldo’s arrival meant the loss of another of Al-Nassr’s international stars, with the contract of Cameroonian international forward Vincent Aboubakar being terminated in order to make way for his arrival.

Delay to the New Chapter

Officially joining Al-Nassr on the 1st of January, and signing a deal through to 2025, fans of the Saudi Arabian club were initially forced to wait to see their new idol in action.

One of the more unfortunate moments of Ronaldo’s second spell at Manchester United came when he broke the mobile phone of a young Everton fan when leaving the pitch. An unsavoury incident, and one which saw the English FA slap the player with a two-match ban.

Cristiano brought that ban with him to his new club, meaning he was forced to sit out the side’s 2-0 victory over Al-Tal and a goalless draw with Al-Shabab.

CR7 was however able to take to the pitch in an exhibition match for a Riyadh All Stars team against PSG and old rival Lionel Messi. Messi scored once in a thrilling 5-4 win for PSG, but Ronaldo succeeded in announcing himself in style with a brace on the day – teeing him up nicely for his first start in the yellow shirt of Al-Nassr.

Off to a Winning Start

Ronaldo’s competitive debut came on Sunday 22nd January as he lined up as a solitary striker in his side’s home clash with Al-Ettifaq. The Portuguese ace completed the full ninety minutes and, whilst he didn’t get on the scoresheet, he showed enough to suggest at least some of the old magic remains. One moment, in particular, brought the crowd to its feet, as Ronaldo’s twinkle-toes left Al-Ettifaq defender Saeed Al Mowalad on the seat of his pants in the left of the area.

No goal for Ronaldo on the day, but his new side did still manage to pick up all three points. One goal was enough in the end, and it came in the 31st minute as the cross of World Cup star Abdulmajeed Al-Sulaiheem missed out Ronaldo but was headed home by Brazilian Talisca.

With this win, Al-Nassr moves one point clear of Al-Hilal at the top of the table and still has a game in hand on the defending champions. Come the end of the season it would be no surprise to see Ronaldo add to both his 800+ goals haul and considerable trophy collection.

Disclaimer: Gambling involves an element of financial risk and may be addictive. Please play responsibly and at your own risk. This post contains material that may or may not be legal in your country. Please play/not play subject to applicable law.

RS Sodhi steps down at Amul MD, Jayen Mehta to take over