Bayern Munich got saved by Joshua Kimmich’s shot in the last minute against FC Koln. 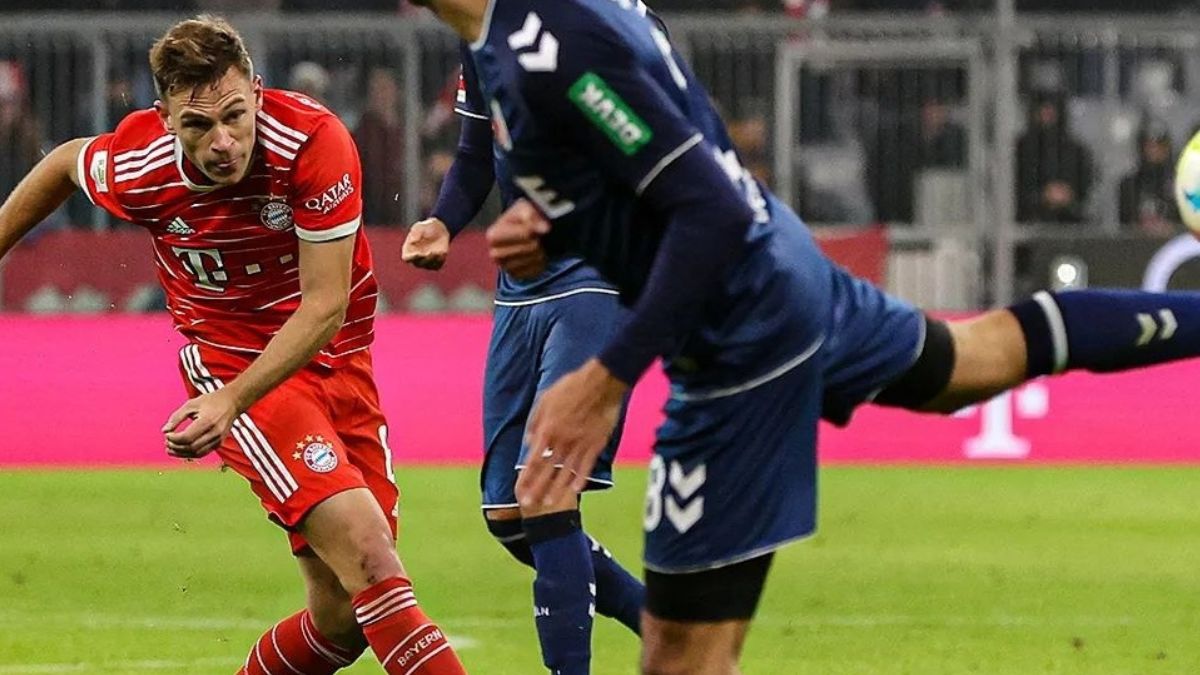 The Bundesliga’s champion side Bayern Munich was up against FC Koln in the Allianz Arena (Bayern Munich’s home stadium) on Tuesday night, 24th January. The Bundesliga game week couldn’t get much entertaining as Bayern at home were losing the game until the 90 minutes but a late strike from Joshua Kimmich saved one point for the host.

Bayern Munich was behind in this game in the 4th minute when FC Koln’s midfielder Skhiri scored a wonderful goal to give visitors the lead. Bayern Munich created many chances but wasn’t able to find the net.

The champion side of Bundesliga (Bayern Munich) took 25 shots on FC Koln’s goal. Out of this 25 shots, 7 were on target. FC Koln on the other hand took 3 shots. Having only 22% of possession they were leading the champion side Bayern Munich in the whole game.

Bayern Munich in the later half was very close from scoring and their hardwork paid off when Joshua Kimmich scored a wonder in the 90th minute. The goal was a saviour as it helped the league leaders earn a point in the game.

Man City knock Arsenal out of the FA Cup

Boost brain function and memory power with a balanced diet