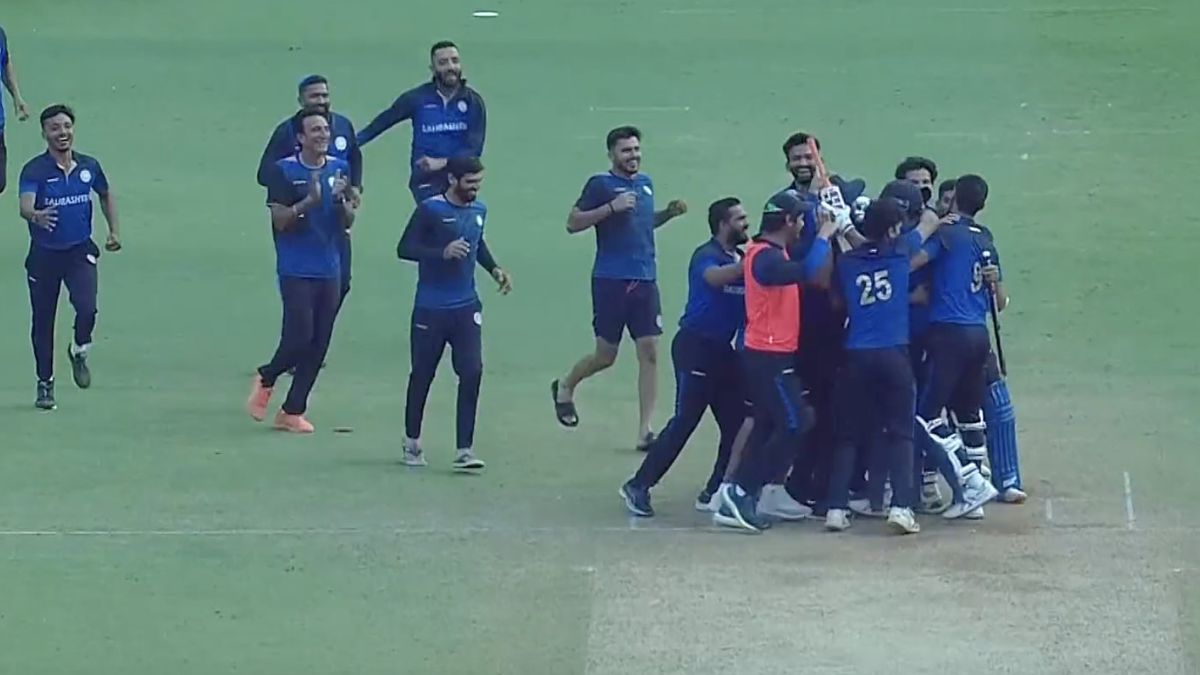 Ruturaj Gaikwad, the outstanding batsman and captain of Maharashtra, batted first and hit yet another century, which helped keep his team’s innings together. The squad could only reach a total of 248/9 in 50 overs because no other batter was able to go on to score even a half-century. With three wickets, Chirag Jani was Saurashtra’s standout bowler.

Jackson, a seasoned player on the domestic circuit, had not been in great shape during the competition, but on the big day, he made his experience pay by remaining composed to lead his side home with 21 balls to spare. Harvik Desai, Jackson’s opening partner, also scored fifty-six runs. This is Saurashtra’s second victory over the Vijay Hazare Trophy.

What the newlyweds Athiya Shetty and KL Rahul received as…

Manchester United beat Everton 3-1; into the next round of…

IND vs AUS: Sarfaraz Khan shares his elite records after…