Ravindra Jadeja has been retained by Chennai Super kings ahead of the IPL 2023. 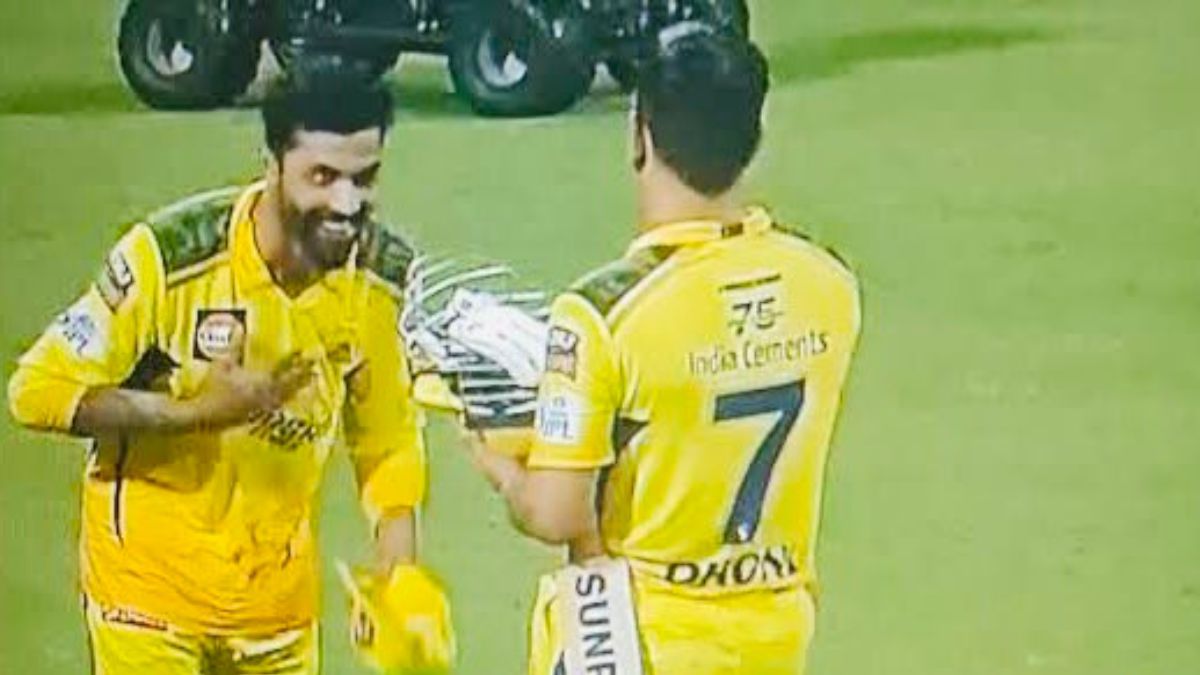 Indian cricket team’s all-rounder Ravindra Jadeja has been retained by Chennai Super Kings for the upcoming Indian Premier League 2023. All the franchises announced their retention list on Tuesday, 15th November. The most asked questions were answered today as Ravindra Jadeja was retained by CSK.

After the retention news, Ravindra Jadeja made a post on his Instagram handle saying, “everything is fine.” Fans believe the picture shared by Jadeja has a secret message inside it.

Jadeja posted a picture where he was seen bowing to former Indian captain MS Dhoni.

Fans speculate on this picture shared by Jadeja:

1. Ravindra Jadeja shared this picture as he is trying to convey that the all-rounder is staying because MS Dhoni wanted him to. CSK captain MS Dhoni in a recent interview explained that there’s no one currently who can replace Ravindra Jadeja in the team (Chennai Super Kings) and thus he wanted the franchise to retain the Indian all-rounder.

2. Ravindra Jadeja shared this picture maybe to show fans that MS Dhoni will remain the captain of the team and not him. Last year, Jadeja was named captain but he was replaced by Dhoni mid-season.

WhatsApp for iOS update rolls out ‘search by date…