The IPL Governing Council has announced the schedule for IPL 2020. “The season will kickstart on 19th September in Abu Dhabi with a blockbuster clash between defending champions Mumbai Indians and Chennai Super Kings,” said a statement.

After the tournament opener on Saturday, Dubai will host its first game on Sunday when Delhi Capitals take on Kings XI Punjab followed by the third match on Monday between Sunrisers Hyderabad and Royal Challengers Bangalore. Then, the IPL action will shift to Sharjah on Tuesday, 22nd September where Rajasthan Royals will host Chennai Super Kings.

There will be 10 double-headers with the first match starting at 3:30PM IST. All evening matches will start at 7:30PM IST. In all, 24 matches will be held in Dubai, 20 in Abu Dhabi, and 12 in Sharjah. 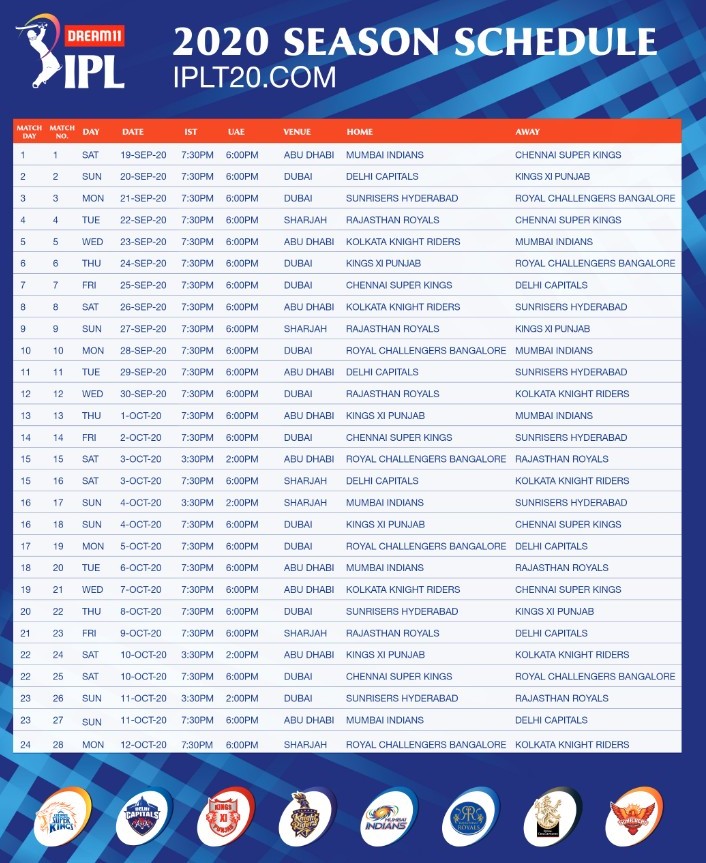 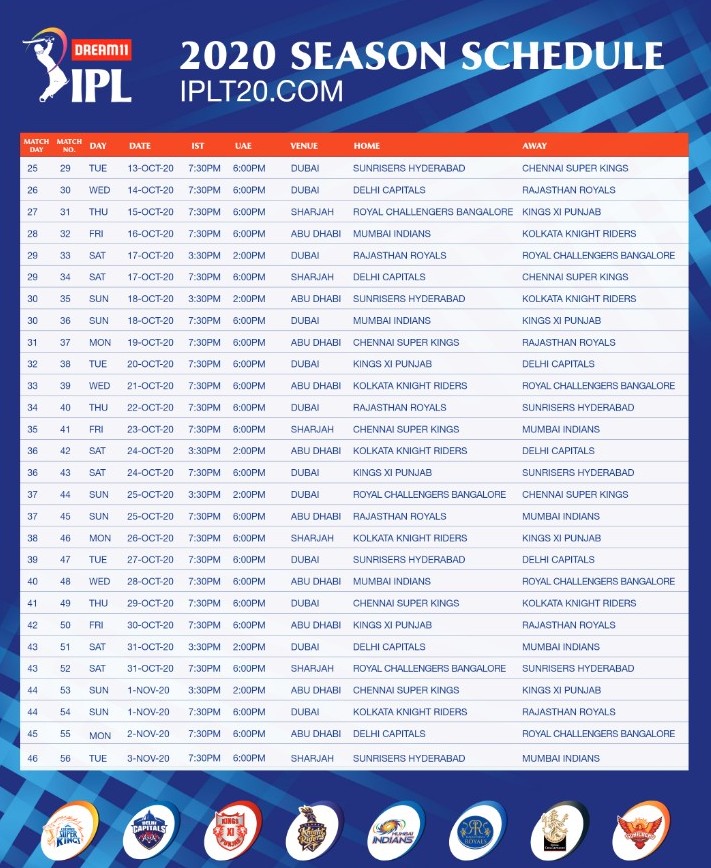 Nipun Bakshi is an undergraduate student at the University of Mumbai. He has completed his Diploma in Sports Management from the National Academy of Sports Management(NASM). He has worked previously at Marwah Sports Pvt.Ltd as a member of the First Team Operations and is also a certified public speaker. Nipun is currently working as a Sports Journalist at BusinessUpturn.com and is reachable at [email protected]

Dream11 IPL 2020 KKR vs DC: After a difficult start, Rana-Narine string a magical…

Dream11 IPL 2020 SRH vs RR: Manish Pandey rises to the occasion as Sunrisers win by 8…

PM Modi takes a swipe at Congress: “There was an era…

CBI seizes Rs 50 Lakhs cash during raids at the Karnataka…