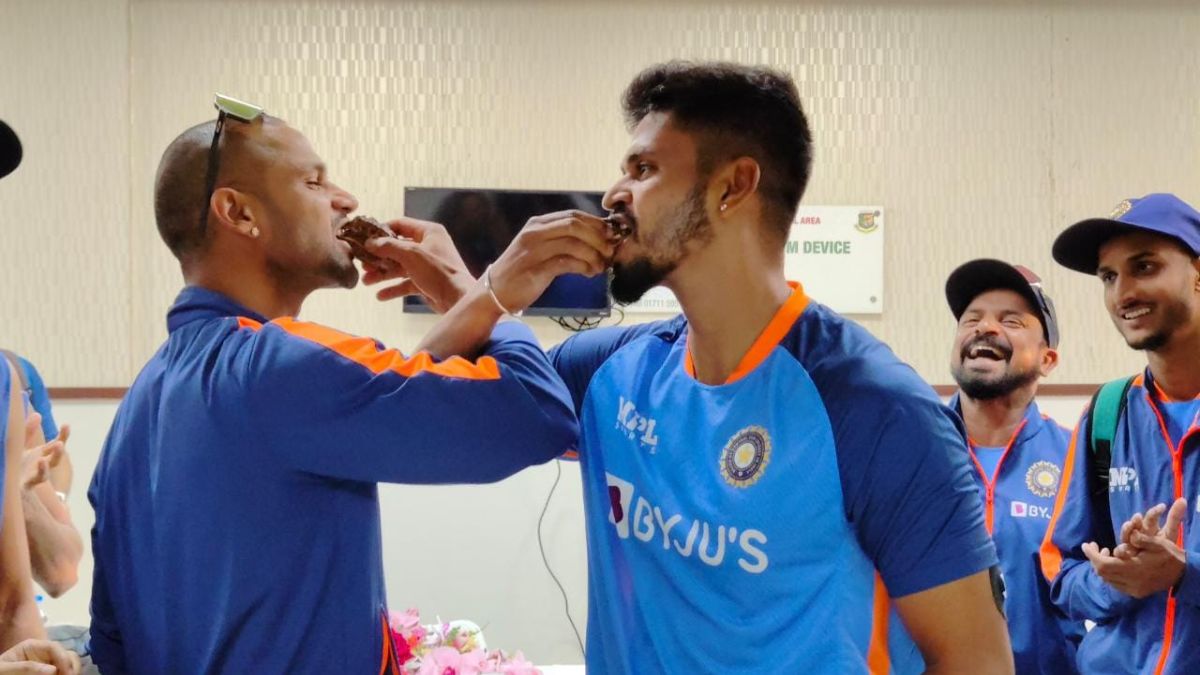 The Men in Blue are currently playing Bangladesh in an ODI series in Dhaka, where India’s starting quarterback Shikhar Dhawan celebrated his 37th birthday on Monday along with young star Shreyas Iyer. Dhawan participated in both the 2015 and 2019 World Cups, playing in 10 games and scoring 537 runs. He also performed admirably in the ICC Champions Trophy, which India won in 2013 by defeating England in the championship match. At that time, Dhawan had a batting average of 90.75 and had scored 363 runs in five games.

Shreyas Iyer turns 28 years old today, December 6. With his performance in domestic cricket, Shreyas Iyer has already won over his admirers and cricket enthusiasts. Iyer took a while to seize the spotlight despite setting numerous records in List A cricket. It took him even longer to finally make his international debut.

Both the players who are currently with the senior team in Bangladesh for the ongoing ODI series celebrated with coach Dravid and the rest of the team.

Check out BCCI’s tweet for the duo’s birthday celebrations –

Apple made history with $1 billion in iPhone exports from…