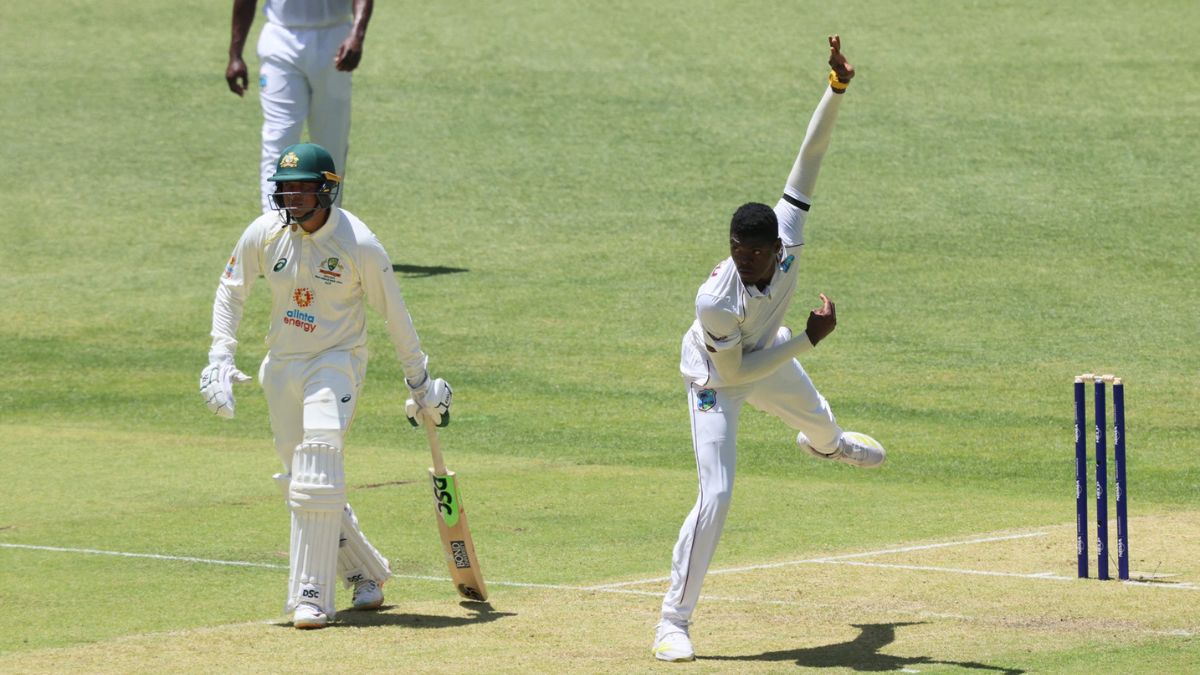 Usman Khawaja and Marnus Labuschagne guided Australia to 72 for 1 at lunch on the first day of the Perth Test after a tough opening two hours from the West Indies seamers. Australia had a strong and steady start to the start of the Test campaign. With better batting conditions anticipated for the rest of the day, Australia finished impressively despite going more than 14 overs without scoring a boundary in the middle of that session.

After winning a key toss, Pat Cummins decided to bat against a West Indies team that included Tagenarine Chanderpaul, who was making his debut. With five fielders in the slip, the visitors welcomed the Australian openers without seeming particularly concerned by having to bat first.

The 2023 World Test Championships final, set to take place at the Kennington Oval in June 2023, has now come into focus after an endless string of T20 International matches that ultimately led to England winning the T20 World Cup. With 70 percentile points, Australia is comfortably at the top of the ladder, and the forthcoming two home series are an opportunity for them to establish a solid foundation on the path to the Oval. West Indies, on the other side, aren’t completely out of the running either, although they do need to generate some victories.

IND vs SL: Fans await for Suryakumar Yadav’s name in the…

Is Black Panther: Wakanda Forever coming to Netflix in…