The B-town beauties who got hitched to sports stars

Many of the Bollywood and entertainment industry actresses fell in love and got married to spots players. Keep reading to find out who they are-

Love holds no boundaries, no distinctions, no difference, it all just happens. And just like that, some of the sports stars happened to fall in love and get hitched with those who belonged in the entertainment industry. Quite a number of sports personalities started a new life along with their actor partners. Read below to find out some of the sports starts love stories with Bollywood celebrities- 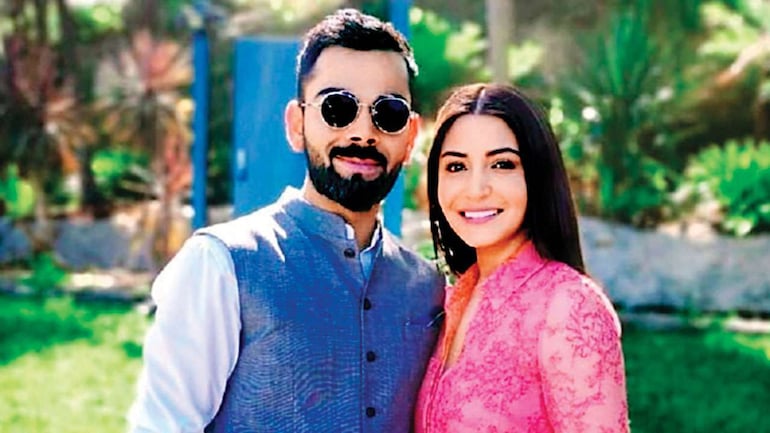 Bing one of the biggest weddings of 2017, the captain of the Indian cricket team, and Bollywood actress Anushka Sharma’s wedding received a tremendous amount of media attention. Virat was the skipper of the Indian cricket team when he was hitched, to Anushka Sharma. This also created a huge hype since Virat Kohli chose to opt-out of the limited-overs series against Sri Lanka at the time of his wedding. In a private ceremonial wedding in Tuscany, Italy, the couple got married which was attended by a handful of family and friends in December 2017. Former Indian cricketer, Yuvraj Singh, played in all forms of games in the Indian Cricket Team. Hazel Keech on the other hand in a model. The couple got married in November 2016 in the presence of family and friends in a traditional Sikh ceremony. Their marriage site was at the Fatehgarh Sahib Gurudwara near Chandigarh. Later, reportedly, the newly married couple was blessed by Braham Gyani Sant Ram Singh. 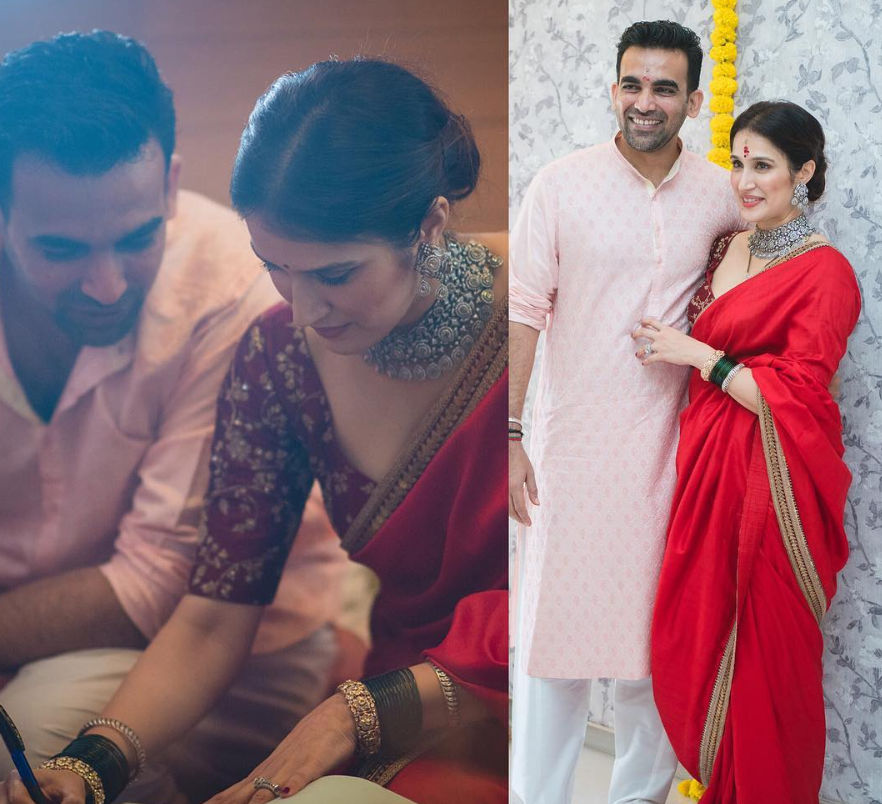 Featured in Shah Rukh Khan’s 2007 sports drama,’ Chak De India’, Sagarika Ghatge made her appearance on big screens. She married the former Indian fast bowler Zahir Khan. The couple opted for court marriage in November 2017, followed by a grand reception for the film industry celebs and Zahir’s teammates. Both Zahir and Sagarika attended the former cricketer’s wedding of Yuvraj’s together, despite not formally announcing their relationship status by then. It was confirmed months later when Zahir announced on Twitter about their engagement. The couple dated for eight long years before tying their knot in October 2015. They were in quite the limelight after their marriage. Actress Geeta Basra had an eventful career in the Bollywood industry, while the famous cricketer Harbhajan fell in love with her at the very first sight. The couple now has a beautiful family with a daughter born in 2016-Hinaya Heer Plaha.

Sharmila Tagore and Masoor Ali Khan, also known as Nawab, were the youngest Indian couple who got married in 1969. Being the youngest Test captain who was also a very well-known cricket and the finest one of his time, married the well-known personality Sharmila Tagore, a Bollywood actress. She conquered hearts with her excellent acting. Both of them, in their respective fields, were one of the first high-profile associations that met each other in 1965. Due to their religious differences, their marriage was opposed by many but they both tied the knots, however. Their children-Saif Ali Khan and Soha Ali Khan are now both into Bollywood and are famous entertainers. Proud parents of three children now, the couple had a four-year relationship before their marriage. Known for her acting in ‘Bade Pardey’, Neena Gupta hitched to the famous and legendary cricketer of West Indies, Vivian Richards. A well know Bollywood actress, Neena Gupta was involved in a relationship with the former cricketer of West Indies. Although Vivian was already married to another woman when he got into a relationship with Neena, Vivan was her first love. The actress fell for his charms ad late was pregnant. Vivan Richards never left her nor the child she carried and also admitted about this relation and stood like a pillar. Their daughter, Masaba Gupta currently lives with Neena Gupta and is a well-established fashion designer.

Remembering the soulful voice of India, KK: Here are 5 things you probably…

A look into the list of controversies, late singer KK got embroiled in

5 times when Karan Johar became a part of major B-town controversies; Have a look

Sulphate Free Shampoos: Why switch to these?

What is GLYCOLIC ACID and how does it benefit the skin?

IND vs WI: Can Rohit Sharma-led team India maintain its…

Indian all-rounder Ravindra Jadeja one wicket away to…