Bigg Boss 16: Netizens want Sajid Khan to face elimination in the house as they trend ‘Evict Sajid Now’ on Twitter

After last night’s weekend ka vaar episode, Netizens want Sajid Khan to get evicted from the Bigg Boss 16 house as they trend ‘Evict Sajid Now’ and question the makers bias with filmmaker. 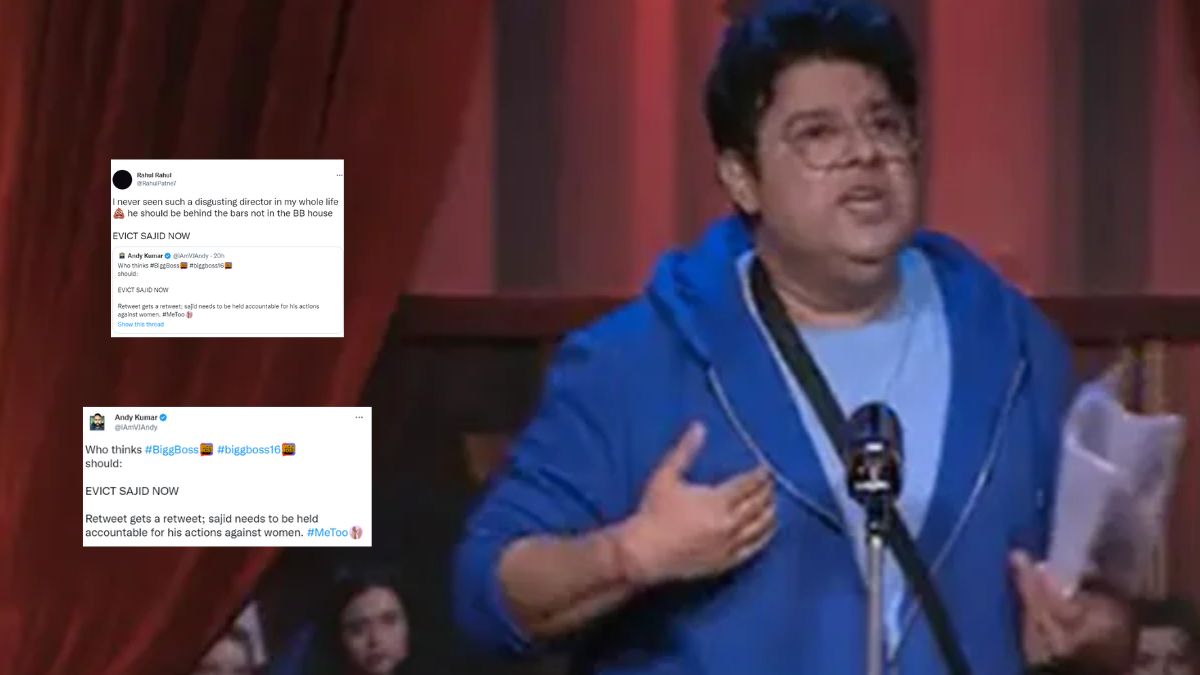 If Sajid Khan entered the Bigg Boss 16 show to whitewash his image after being accused in Metoo, it appears that this is not taking place and that the show is not working in his favour. Previously as well, many people were irritated by Sajid Khan’s participation in the show and demanded his eviction, but he is still on the show after more than 50 days and no one has managed to get him off. And now there is a top trend on Twitter for Sajid Khan, and viewers have once again demanded that the filmmaker be evicted from the show after he displays his privileges and attitude of superiority to all the contestants in the show, as claimed by netizens in his fight with Archana Gautam.

The trend on the micro-blogging platform was started by ex-contestant Andy Kumar as the tag said, “Evict Sajid Now.” Meaning that he want Sajid Khan out of the Bigg Boss 16 house now. Archana Gautam’s fans as well as the Bigg Boss audience from all over the country hopped on to express their disappointment in makers as they accused them favouring the filmmaker despite his unapologetic behviour towards other contestants of the house. A fan said, “I never seen such a disgusting director in my whole life he should be behind the bars not in the BB house EVICT SAJID NOW.”