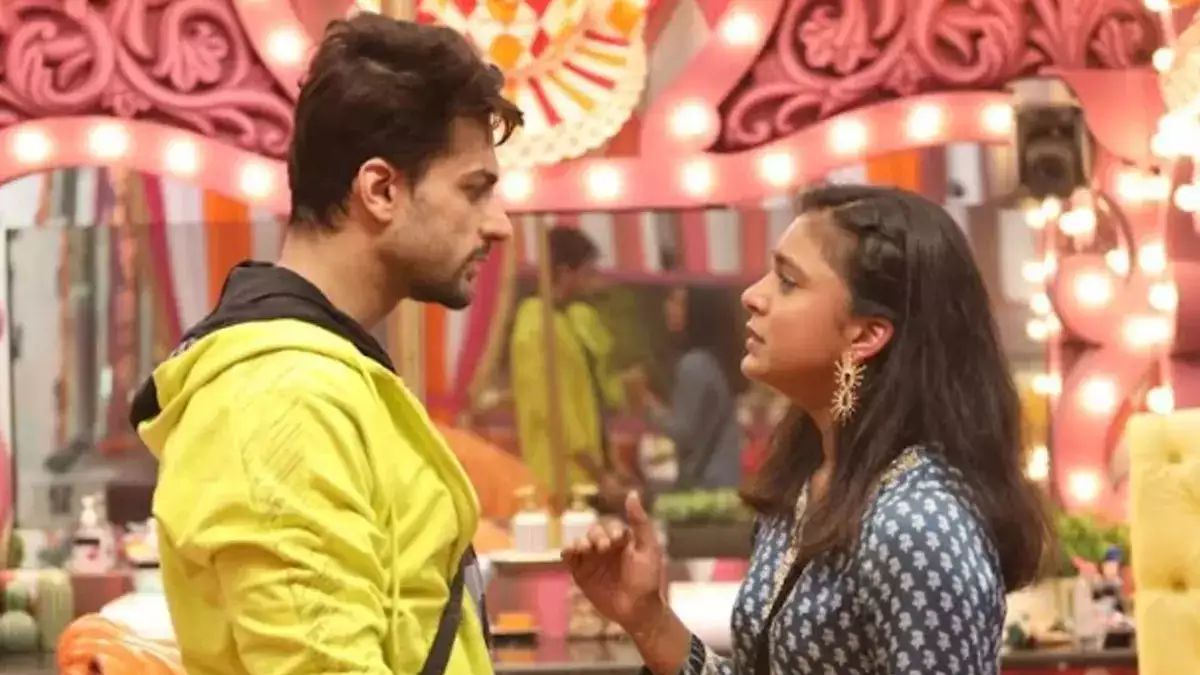 In one of the newest and even more spicy and juicier promo of tonight’s episode of one of the biggest and the most controversial yet most watched and loved and followed show of the country, Bigg Boss and its currently running season 16, we see Shalin Bhanot and Tina Datta fighting with Sumbul Touqeer Khan.

Shalin is seen shouting at the top of his voice, “why the F**k are you talking to us?” He is seen saying this to the very famous and popular and loved ‘Imlie’ lead actress, Sumbul Touqeer Khan, who once was claimed by Shalin, is one of his best friends from the house of Bigg Boss season 16.

Even Tina Datta is seen shouting her lungs out and saying, “Jaisa bahar dikh raha hai vahi toh bol rahe hain.” This has come after Sumbul is accused of not admitting that she’s in love with Shalin Bhanot. Her actions do not match her actions. She says he’s just a friend but her passionate hugs to Shalin and the way she fights with others and gets mad, madder, maddest during Shalin’s fights with other contestants show her double standards and hypocrisy.

Shalin Bhanot, the already aggressive contestant of the currently running and telecasting season is seen hitting a show piece on the coffee table in the middle of the living room of Bigg Boss’s house. Even Tina and Sumbul are seeing breaking properties. Sumbul is also seen getting unconscious.

5 best sources of Vitamin D for vegetarians you can try

To ban documentary on PM Modi an assault on democracy-Sharad…