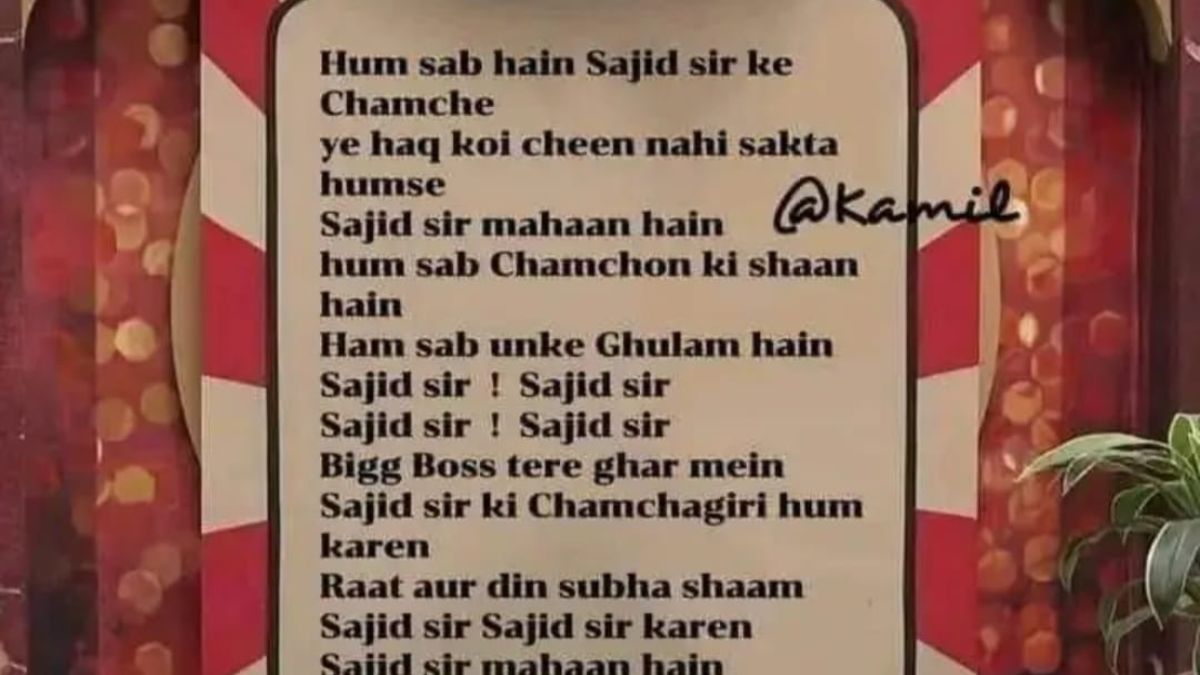 Sajid Khan and his group of Bully Gang is being targeted and called out on Twitter. They are all coming across as ganging up against other housemates rather diplomatically. Sajid Khan’s bully gang includes, Shiv Thakare, Abdu Rozik, Nimrit Ahluwalia, MC Stan and somewhere Tina Datta and Shalin Bhanot too. Even though the latter two are trying their desperate best to be a part of the Bully Gang of Sajid Khan, but they don’t seem to be there as yet.

Now, this has been discussed quite a lot of times on Twitter by fans and viewers of the most controversial and now the most biased show too of the country. People are disliking Sajid, all the more because of the bias that’s happening for him by Bigg Boss. He’s given all the ration, he’s the one who is let to play with other contestants without being questioned. All tasks are made to save Sajid Khan and his group of so called chamchas, who were also mocked upon by Shekhar Suman in last night’s telecast of Bigg Bulletin with Shekhar Suman.

Now, meme makers on Twitter and probably anti Sajid groups have changed the pathetic Bigg Boss anthem this year to Sajid Sir ke Chamche anthem. The Khabri has shared it and it is sure to leave you in splits. Here what it looks like.