Tina Datta got very angry after Sajid chose Sumbul over her. 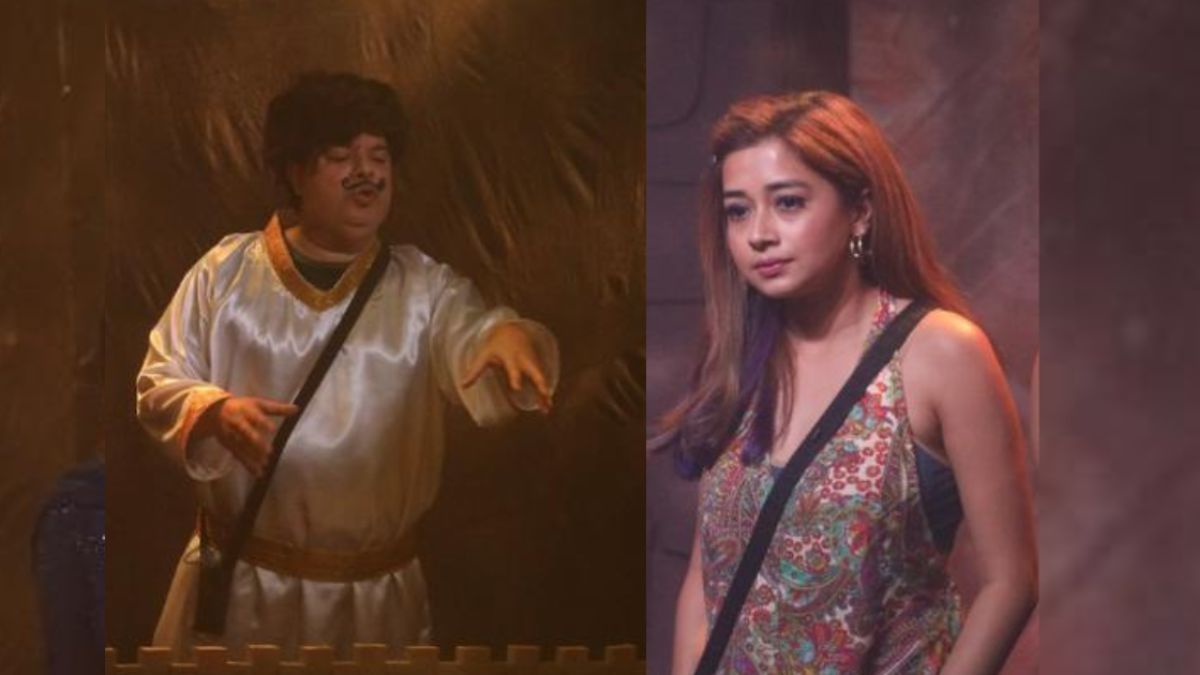 Last night’ captaincy task was one of the biggest turn around tasks in Bigg Boss this season. Sajid was made the captain but then Bigg Boss announced a twist in which Sajid is not just the captain, but also the ‘Raja’ of the house. He can choose two contestants to shift to room of 2, who will be Sajid the kings’ two most favourite housemates. These two will not have to do any duty in the house, just like Sajid the captain. And these two will not even be nominated for the week. So Sajid made an obvious decision by choosing Shiv Thakare and Abdu Rozik.

Then Sajid had to put three housemates in the room of 3. These housemates would be the ‘Shaahi cooks.’ They would be responsible to cooking for the king. And these three too will not be nominated for the week. So Sajid chose Nimrit Ahluwalia, MC Stan and to everyone’s much surprise Sumbul Touqeer Khan. In the room of 4 and room of 6, Sajid Khan would put contestants who are nothing but noise in the kingdom of Sajid Khan or in Bigg Boss’s words, ‘bheedh.’ So Sajid put Tina Datta and Shalin Bhanot in room of 4 and put Priyanka Chahar Choudhary, Ankit Gupta, Archana Gautam, Soundarya Sharma and Gautam Singh Vig in the room of 6. These contestants of room of 4 and 6 are the ones that could be nominated.

Now, Tina Datta got very angry after Sajid chose Sumbul over her or even Shalin to be saved from nominations. She made a valid point that Sumbul has been saved by him once in exchange of 25 lakhs from their winning prize, so why do that favour on her, when Sajid actually like Tina’s food more. Vishal Kotian felt Tina Datta actually made a lot of sense for the first time when she pointed this out.

For the first time I felt #TinaDatta was speaking sense. #sajidkhan choosing #SumbulTouqueerKhan over her was only for his own selfish reasons.#sajidkhan losing the respect in the house n forgetting tat next week will be a new CAPTAIN. Not a smart player.#biggboss16 @BiggBoss

Shark Tank India 2: “I don’t have words to describe…