The beloved drama series is finally back with a brand-new season! Continue reading to find out more about 9-1-1: Lone Star Season 4. 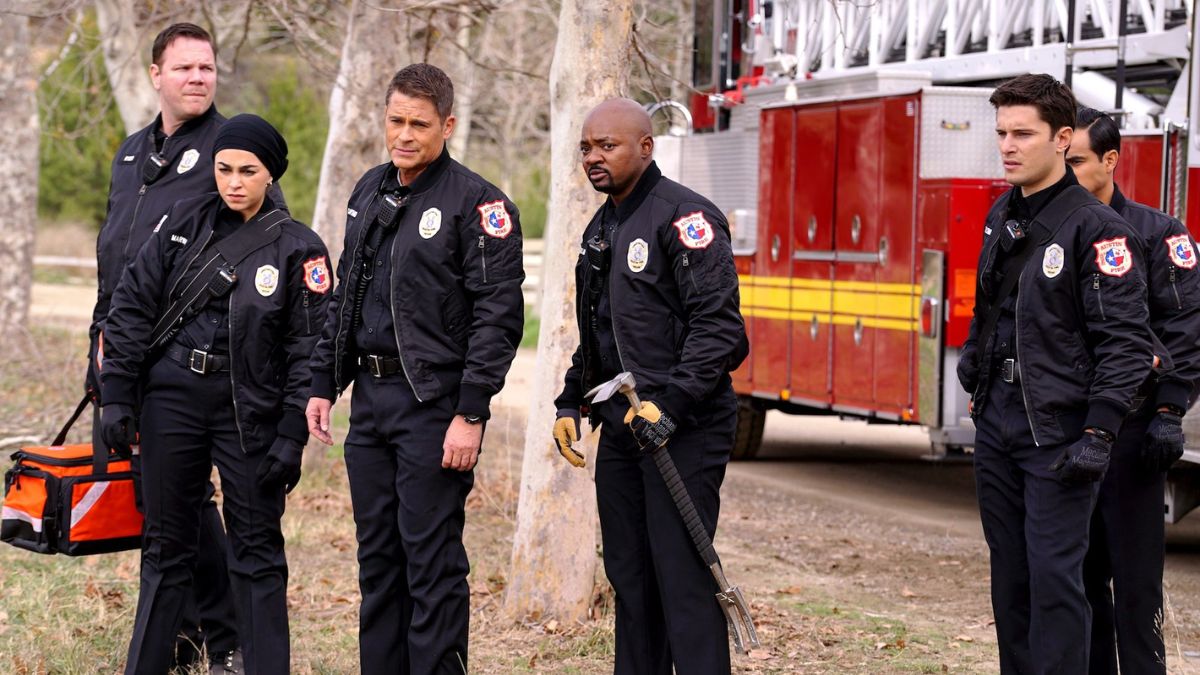 The 126 have been sent to rescue Judd ever since viewers last saw the third season’s concluding episode, “A Bright and Cloudless Morning,” in which he gets trapped beneath a collapsing structure. As a result, Owen’s oncologist gives him possibly catastrophic news, which makes him recall 9/11. Meanwhile, Carlos and TK become engaged. It is reasonable that the eagerness of the viewers to learn what happened after the cliffhanger and when the next season will air on the Fox Network is apparent on social media platforms.

Therefore, if you’re one of the viewers who wants to understand what will happen next in this procedural television series, look no further because we have gathered all the necessary details right here for you! We have put together a concise synopsis of all the information you need to know about the release date, storyline, cast, and other specifics to assist you in getting ready before watching the fourth season. Here is all the information you need to know about Season 4 of 9-1-1: Lone Star.

9-1-1: Season 4 of Lone Star When will Fox Network broadcast it?

With just one week till the premiere of the new season, the wait is finally over! The newly announced release date has been formally verified after months of speculation! The season will begin in on January 24, 2023, at the same time on Fox and afterwards on Hulu, where seasons 1 through 3 are already accessible to stream. Interested viewers can also enable alerts to receive notice when the show debuts. The announcement was also made on the show’s official Twitter account, where Brian Michael confirmed the launch date.

“Owen, Tommy, and the rest of the 126 are being called into action to a county fair when a ‘derecho,’ a series of a fast-moving group of severe thunderstorms, hit Austin, causing hurricane and tornado-force winds, heavy rain, flash floods, and a wide path of destruction,” according to the official synopsis of the season. And just when they believe things couldn’t get worse, the city experiences a “heat burst,” a more uncommon weather phenomena that causes temperatures to reach 122 degrees Fahrenheit. During Monday morning’s Fox upfront call, the CEO of Fox Entertainment noted. “Based on the long history with 20th Television, I think we are in pretty good shape,” the speaker continued.

Introducing the class of Season 4!! 🥹 pic.twitter.com/ncd01ncfnz

Like the previous seasons, the current season is anticipated to have ten episodes with a length of 42 to 48 minutes each. We strongly advise viewers to binge-watch previous seasons to refresh their memories of the key storylines. However, the network has officially confirmed the episode names and air dates. Provided below are the official 9-1-1: Lone Star Season 4 episode guide for your review.

A storm is coming in the 9-1-1: Lone Star debut on Tuesday, January 24th on FOX, according to the network’s official first-look teaser, which is 1:29 minutes long. The fourth season of the show, which follows a sophisticated New York firefighter who moves to Austin, Texas with his son, is anticipated to live up to the world established in the first three seasons. He must attempt to strike a balance between the obligations of protecting those who are most in need and resolving the issues in his own life. He is joined by additional firefighters, police officers, and emergency medical personnel.

OnePlus may soon release its first Android tablet in India:…

Aston Villa start the new year with a win over Tottenham

Doctor Who Season 14: Check out release date, cast and plot