Taking to her social media platform, Samantha shares the teaser of Deepika’s upcoming project as an appreciation.

Deepika Padukone starring for Gehraiyaan’s teaser was dropped earlier today. Also starring Sidhhart Chaturvedi, Ananya Pandey, and Dhaiya Karwa, this film will release on the OTT platform of Amazon Prime Video on 25th January. The teaser with the first look of the film has received quite praise from both fans and celebs. Among them is also Samantha Ruth Prabhu, who through her social media describes the movie in just a single word.

After the release of the teaser, Samantha took to her Instagram stories, sharing the teaser and captioned it ‘Beautiful!’ Responding to such a gesture, Deepika reposted Samantha’s story with the caption, “Thank You, Sam!” 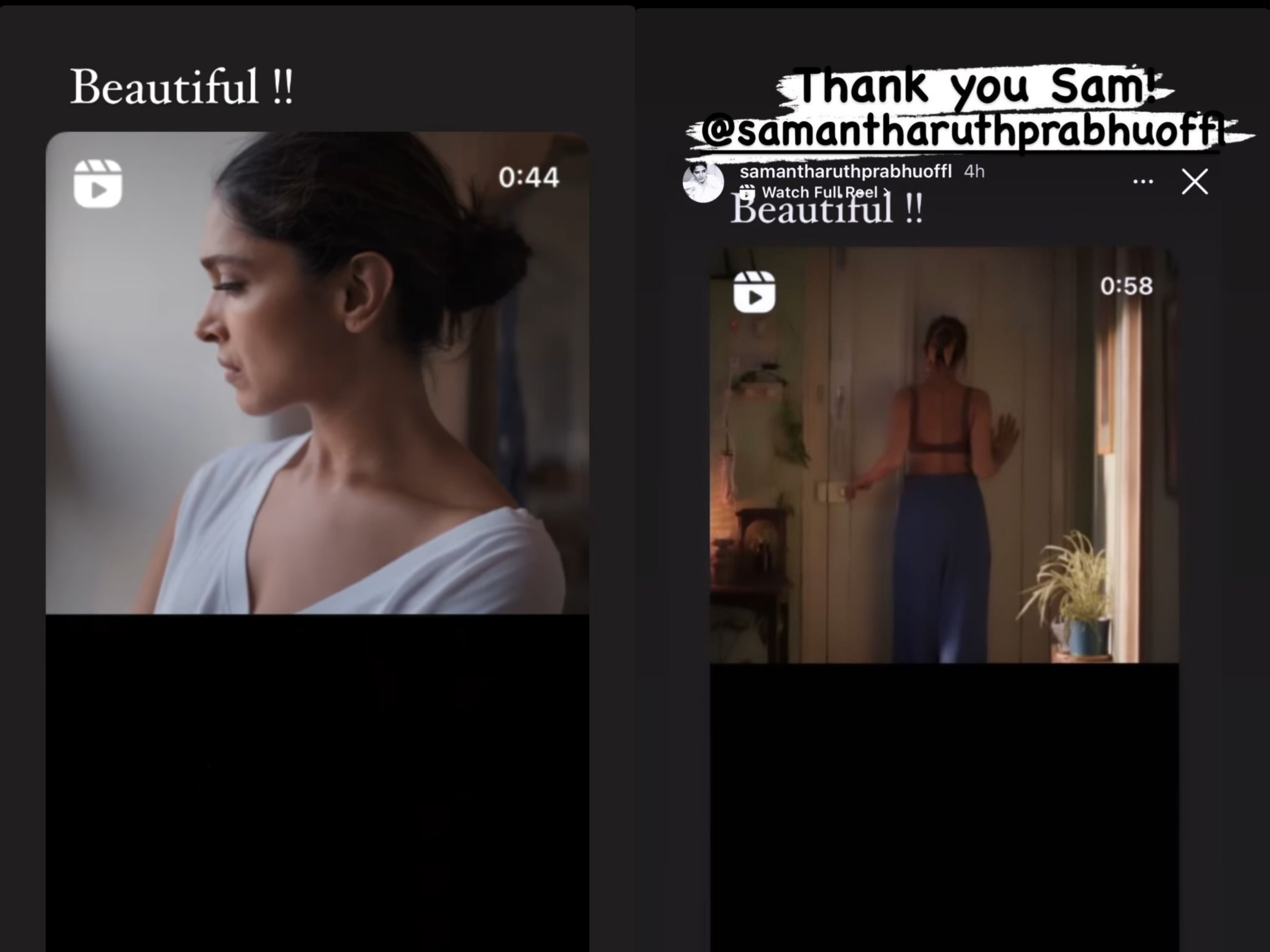 Samantha is regularly seen posting and sharing appreciation posts for celebs and films on her social media. Just a day before, she posted and praised Allu Arjun’s performance in his latest release Pushpa: The Rise, remaking it ‘absolutely stunning’.

Helmed by Shakun Batra, Gehraaiyan, called the film ‘a journey into the intricacies of human relationships. The filmmaker, talking about such  much-awaited film, said,” It is a mirror into modern adult relationships, how we traverse through the maze of feeling and emotions and how each step, each decision we make affects our lives and the lives of those around.”

‘Dhaakad’ pirated hours after it released in theaters

Rupee down 34 paise against USD