The first night of the three days ceremony of Creative Arts Emmy Awards is in the books, several streamers bagged precious awards for stunning shows. Here have a glance at what happened.

The first of three Creative Arts Emmy Awards concluded, and Netflix’s The Queen’s Gambit made it’s mark with seven wins. The streaming platform topped the network/platform field with 12 trophies. 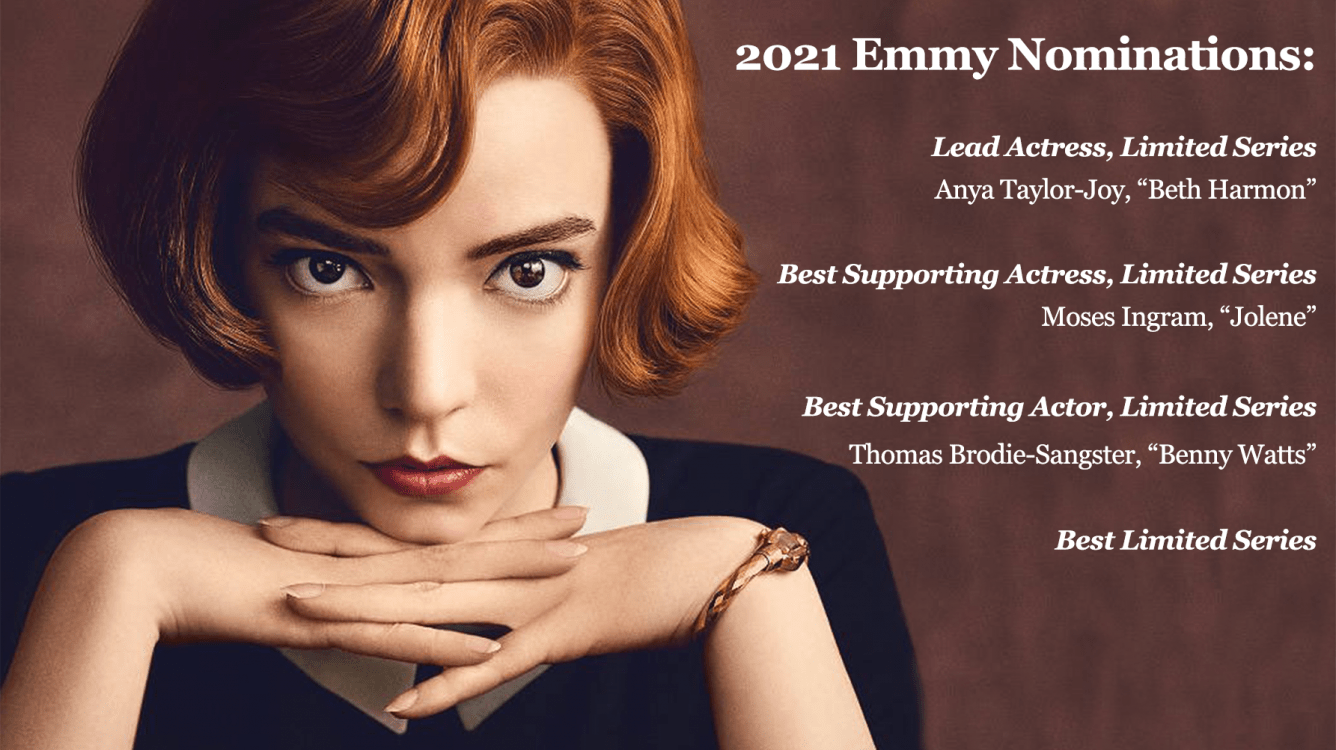 With Netflix’s Chess hit, Queen’s Gambit, Netflix’s The Crown and Disney+’s The Mandalorian came into the Emmys with a leading 24 noms apiece. The real fight was between HBO and Netflix, with the combined HBO and HBO max edged out the streaming and chilling giant in total nominations of  130-129. Disney+ picked up 71 nominations, followed by NBC packing 46 noms — a strong showing for a broadcast network in the age of streaming.

The Primetime Emmys will air live on Sunday, September 19, on CBS and stream on Paramount+.

The ceremony was held outside in a tent in L.A. with regard to global pandemic. The attendance to this artist celebratory ceremony was also less due to the strict procedure of paperwork and screening regarding being fully vaccinated and checked for Covid-19 forty hours prior the ceremony.

“The Queen’s Gambit’s” haul included wins for period costumes, period makeup, production design and cinematography for a limited series. The foreign elements of the production were highlighted as many winners lived outside U.S.A., “I’m bringing this baby home to Berlin,” said “Queen’s Gambit” set decorator Sabine Schaaf as she hoisted her Emmy.

Harry Styles joins the MCU as Eros, brother of Thanos

Vin Dieseliesel walks Meadow Walker down the aisle on her wedding

Banita Sandhu talks about UK screening of ‘Dune’: “I like, maybe…

USA to re-join Human Rights Council this year after walkout…

Has India left behind the third-wave of COVID-19 or…