Chris Evans has apparently been secretly dating Alba Baptista, 25, for more than a year. 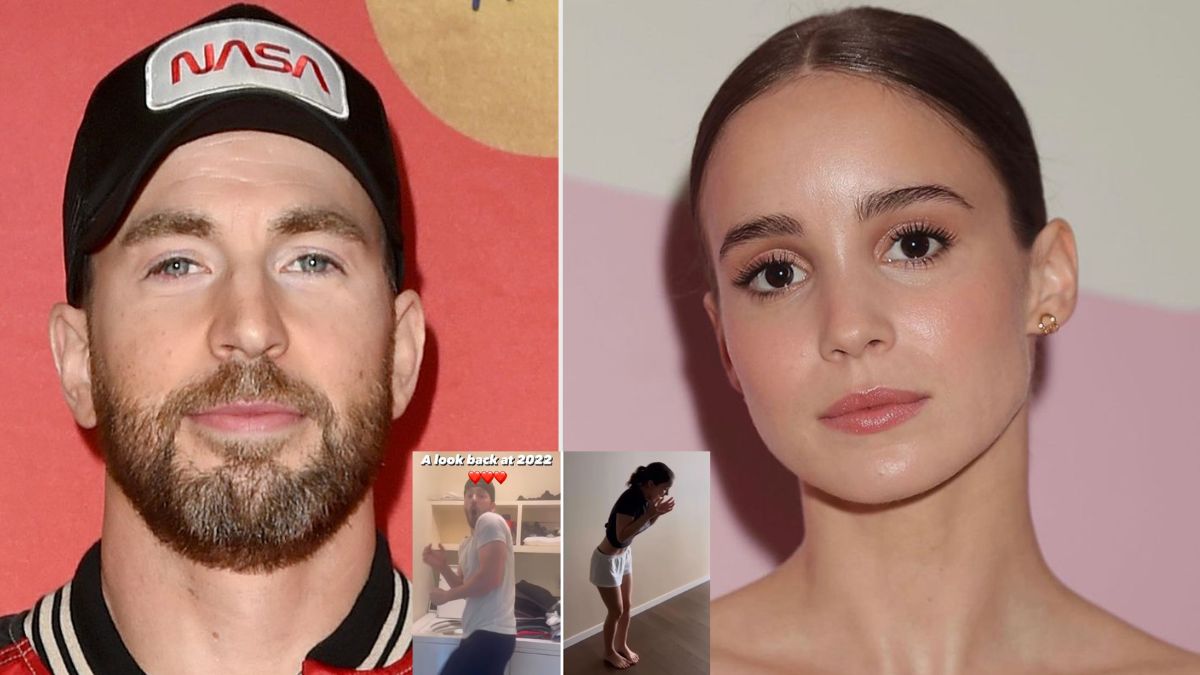 Alba Baptiste and Chris Evans are a couple. The actor appeared to have confirmed his romance with 25-year-old Portuguese actress Alba Baptista by posting a video compilation on his Instagram stories. In the video, we witness the pair scaring one another.

Chris, 41, captioned the video “A look back at 2022” which included videos of him and Alba from hotels and their houses as they regularly played practical jokes on one another. According to People, Chris and Alba, who starred in the 2022 movie “Mrs. Harris Goes to Paris,” have been dating for more than a year.

Chris Evans and girlfriend Alba Baptiste scare each other in hilarious set of videos. ❤️ pic.twitter.com/EVfGkUEwjT

In November of last year, Chris Evans and Alba Baptista were seen walking hand-in-hand through the streets of New York City. Just two days after Chris was named PEOPLE’s “Sexiest Man Alive” 2022 and his interview with the magazine in which he discussed his wish to start a family, there emerged news of their apparent relationship.

The “Captain America” actor expressed his “very content” with his life at the time in the cover article, prioritizing work-life balance and spending as much time as he could with his loved ones. Chris admitted, “I absolutely want a wife, kids, and to start a family. “I adore the concept of ritual and tradition. I experienced a lot of stuff in my life, so I can’t think of a better way to create it,” he stated.

Alba began her career at age 16 and debuted in the English-language version of the Netflix drama series Warrior Nun. The main character, Ava, was portrayed by Alba. In addition to this, she appeared in Mrs. Harris Goes to Paris in 2022 and appeared in several other Portuguese movies and television shows. In 2021, the actress took home the Shooting Star honours from the Berlin International Film Festival. Along with her talent, Alba has contributed significantly to the humanitarian cause, concentrating on education at an orphanage in Cambodia in 2018. The actress is said to be fluent in five different languages, including Portuguese, English, French, Spanish, and German.

Chris and Ryan Gosling were most recently seen in The Gray Man. The actor’s next project for Amazon Studios is Red One, starring actor Dwayne Johnson which is expected to release in December 2023.  In addition, he will appear in Scott Derrickson’s Bermuda as well as Artemis, in which he will co-star with Avengers co-star Scarlett Johansson. According to rumours, he is also linked to the Greg Berlanti-directed remake of the classic movie Little Shop of Horrors. The movie’s production, however, apparently came to an end because of financial difficulties during the Covid-19 outbreak.

Gerard Butler confesses that he “almost killed” Hilary Swank while filming ‘P.S I…

The 7 best universities in South Africa for International…

Russian Embassy calls on US to stop interfering in work of…

Liverpool legend Steven Gerrard is in talks to become new…

Roma with a miraculous comeback earn a point at San Siro